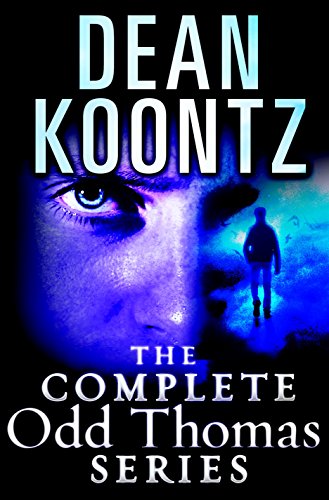 His life unfolds with adventure, humor, and roller-coaster suspense. He’s the “most likable creation” (The New York Times) of “one of the master storytellers of this or any age” (The Tampa Tribune). And he’s got one hell of a hidden talent. If you don’t know his name by now, you’re the odd one out. Now all eight novels of Dean Koontz’s beloved series are together in one convenient ebook bundle:

“The dead don’t talk. I don’t know why.” But they do try to communicate, with a short-order cook in a small desert town serving as their reluctant confidant. Meet Odd Thomas, a gallant young sentinel at the crossroads of life and death who has won hearts on both sides of the divide. Sometimes the silent souls who seek out Odd want justice. Occasionally their otherworldly tips help him prevent a crime.

You’re invited on an unforgettable journey through a world of terror and transcendence to wonders beyond imagining. And you can have no better guide than Odd Thomas.