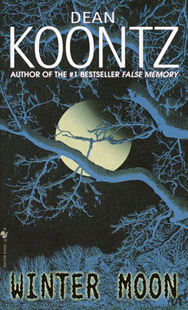 In an isolated place, the McGarvey family discover their destiny in a terrifying and fiercely suspenseful encounter with a hostile, utterly ruthless, and enigmatic enemy, from which neither the living nor the dead are safe.

In Los Angeles, a hot Hollywood director, high on PCP, turns a city street into a fiery apocalypse. Heroic LAPD officer Jac McGarvey is badly wounded and will not walk for months. His wife and his child are left to fend for themselves against both criminals that control an increasingly violent city and the dead director’s cult of fanatic fans.

In a lonely corner of Montana, Eduardo Fernandez, the father of McGarvey’s murdered partner, witnesses a strange nocturnal sight. The stand of pines outside his house suddenly glows with eerie amber light, and Fernandez senses a watcher in the winter woods. As the seasons change, the very creatures of the forest seem in league with a mysterious presence. Fernandez is caught up in a series of chilling incidents that escalate toward a confrontation that could rob him of his sanity or his life—or both.

As events careen out of control, the McGarvey family is drawn to Fernandez’s Montana ranch. In that isolated place they discover their destiny in a terrifying and fiercely suspenseful encounter with a hostile, utterly ruthless, and enigmatic enemy, from which neither the living nor the dead are safe.