After Anna passed on 22 May, we didn’t expect to be able even to think about another dog until next year. Then on 11 July, along came Elsa, a Canine Companions for Independence release dog, 21 months old and in need of a home. Every dog has its own personality, no two alike, but judging by our experiences with three dogs so far, the difference between them and people is that all canine personalities are winners! Raised by a prisoner, sent from there to CCI Oceanside for months of specialty training, having been recommended for a “career change” because she would rather cuddle than work, Elsa finds everything about her first home surprising and fascinating, most especially mirrors, when she tries to give her toy to the “other” dog. 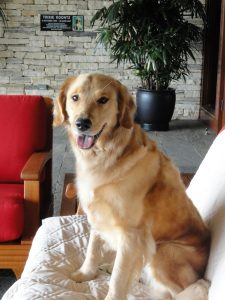 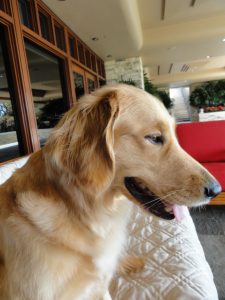 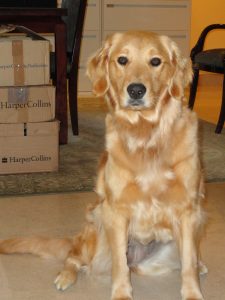