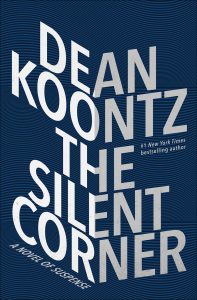 Somewhere during the writing of THE SILENT CORNER, I fell in love with Jane Hawk. Fortunately for my marriage, Jane is a fictional character. And many of her best qualities are modeled on those of my wife, Gerda——especially her indomitable nature, her take-no-crap attitude, and her tenderness. And, besides, it was like the love I might have had for an admired and adored sister, if I’d ever had a sister.

I couldn’t be happier that my fictional sister, Jane Hawk, FBI agent gone rogue, the most wanted fugitive in America, will have her story told by the folks at Anonymous Content and Paramount TV. She couldn’t be in better hands, and I’m confident they will produce an intelligent and exciting show.

I’ll finish the third Jane Hawk novel next week, and though I’ve been with her every step of the way, I’m stunned by what she’s done and where she’s gone. And I’m so interested in where she’ll go next that I’ll probably start the fourth book the day after I finish the third, which I’ve never even contemplated doing before. Usually I take a month between books to drink a little Caymus cabernet sauvignon and contemplate the human condition. The Caymus is superb. The human condition——not so much.

Click here to learn more about The Silent Corner.