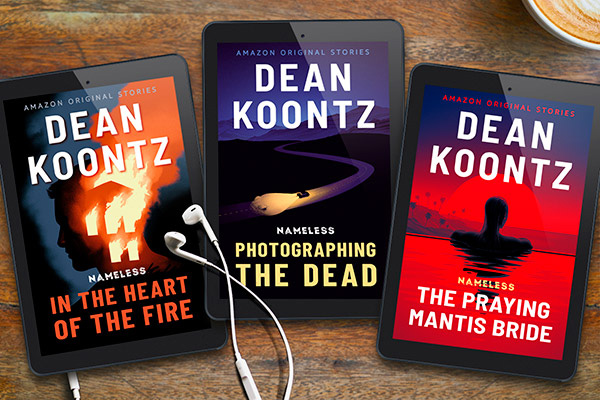 Nameless: Read Them in Order, They’re Scarier That Way

In The Canterbury Tales, over 800 years ago, Geoffrey Chaucer wrote “For May wol hae no slogardie anyght.” We can see from these few words why poetry and song lyrics in Middle English are not as often used in car commercials as are those of the Beatles and Bob Dylan. Furthermore, in this politically correct age, one uses the word “slogardie” at great peril, for in April alone, 612 people lost their jobs and 9 politicians were driven from office and 4 people were set afire for speaking that word louder than a whisper.

May Day now comes on May 1st after the congress and senate, in 1947, agreed to move it from October, where it confused people who had no sense of humor. In that same law, Death Night was renamed Halloween, and Independence Day replaced Up Yours England Day, and National Septic Tank Week was altogether removed from the calendar of celebrations at the insistence of people who were offended by the very idea of sewage.

Chaucer also wrote of May, “That feeld hath eyen and the wode hath eres,” which in the Latin proverb reads “Campus habet lumen, et habet nemus auris acumen.” Thankfully, we live in an age when we can understand what the hell we’re saying to one another.

I could go on at greater length about May than busy modern-day readers might be able to tolerate, so I’ll discreetly shift subjects to subtle self-promotion. The six novelettes in Nameless Season One, available free with Amazon Prime, have been downloaded millions of times and have generated an avalanche of enthusiastic reader mail. (Unenthusiastic readers are few, and once they are removed, as they deserve to be, no one misses them.) I have brought Nameless to the end of his journey in Nameless Season Two, six more stories, which will be available later this summer and which are best read in order because they’re scarier that way.

Now, per Shakespeare, go caper in “the darling buds of May.” Just remember that excess capering can result in a torn meniscus and knee surgery. All things in moderation.

Warmest regards from all of us here in Koontzland,
Dean Koontz