A song on the album ‘Graceland’ helps an author dare to use a tricky tone for his thriller. 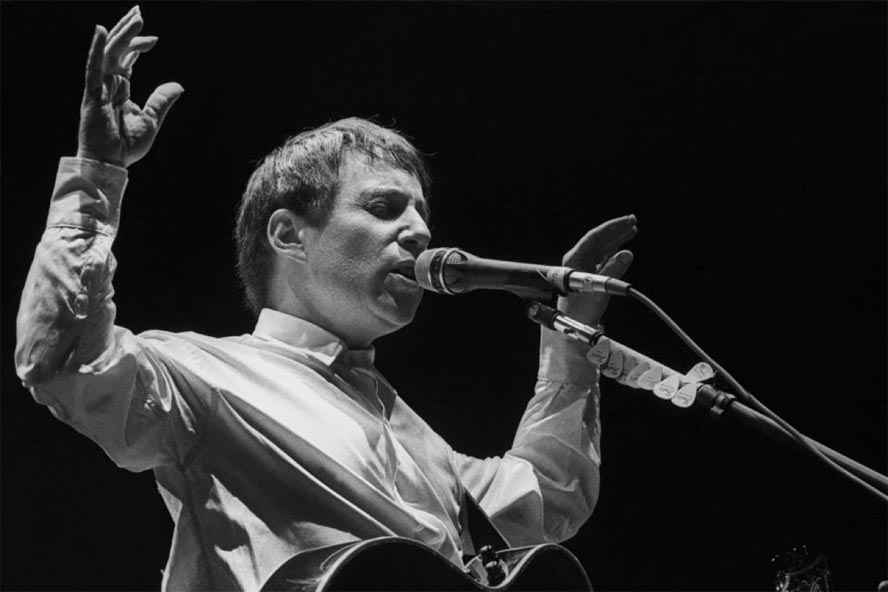 Dean Koontz, 72, is the author of more than 100 books. His latest suspense thriller is “The Silent Corner” (Bantam). He spoke with Marc Myers.

Simon & Garfunkel’s songs are favorites of mine, but I love Paul Simon even more as a solo artist. There’s something about the boyish charm of his voice and his phrasing that make him seem like someone you knew growing up. Simon’s “The Boy in the Bubble” is one of those songs, and it had a significant impact on my early writing career.

In 1986, my wife, Gerda, and I were living in Orange, Calif. That fall I was working on revisions for “Watchers,” a novel that explored the light and dark sides of technology.

I had bought Simon’s Graceland album when it came out a couple of months earlier, and I listened to it regularly. I like listening to music when I write, provided I know the songs well. Otherwise I’m distracted.

While making revisions on Watchers, I became stuck. I realized the sound of my language needed to be both jubilant and terrifying. It was an odd combination that I had never tried before, but I wanted to give it a shot.

‘The Boy in the Bubble’ by Paul Simon

For some reason, I put on Graceland. The very first song is “The Boy in the Bubble.” It opens with Forere Motloheloa’s eerie accordion, followed by sharp strikes on the drums. Then the song begins and a synthesizer seems to hum the song’s melody, giving it a dark edge.

Simon’s opening lyric is about a terrorist attack, yet the music is ebullient and features a dance beat. As I listened to the music, the lyric lines that caught my ear were, “These are the days of miracle and wonder” and “Don’t cry, baby, don’t cry / don’t cry.”

I thought to myself, “That’s the tone I want in another genre and art form—combining dark dramatic tension and optimism.” These two textures were intertwined in the song and helped me find the right voice for my revisions.

When Watchers came out in 1987, the book was a big success. I’ve never met Paul Simon, and maybe that’s good. I have such a deep love for his music that I’d probably babble like an idiot.