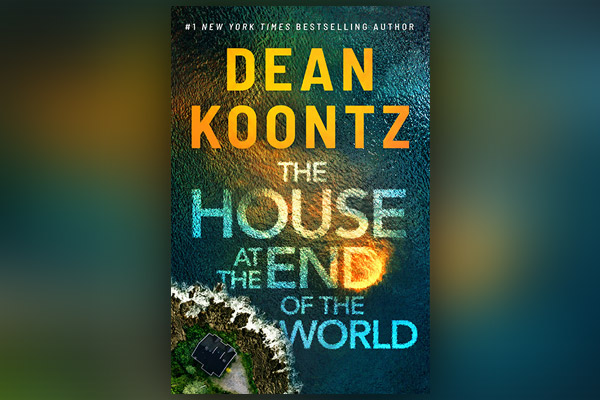 The House at the End of the World

Summer will come to an end on the 21st of this month, autumn will be short, and a bitter winter will be fast upon us. When I think about this, I feel so heartsick that I want to spit up. Excuse me. All right, that’s done.

September (derived from the Latin word for “seventh”) was the seventh month of the Roman calendar, but it’s the ninth month of ours. I believe we should call it Nonus (Latin for “ninth”). This will require altering some song lyrics and scrubbing the word “September” from every book ever published. If you’re with me, join the organization I’ve formed—All of Us for Nonus. Question for discussion at this month’s meeting of Nonus chapters nationwide: Should those who refuse to stop saying “September” be sent to reeducation camps?

The big holiday was on September 5, Labor Day, where we celebrated the beauty and excruciating pain of giving birth.

There’s a full moon on the tenth, but that stopped being a holiday since it became obvious that human sacrifices didn’t lead to more bountiful crops, sometime around 1945.

The BIG EVENT during Nonus, however, occurs on the 8th of the month, when we will reveal the cover of my next novel, The House at the End of the World, which will be published in January of 2023.

It’s an intense—but I think also moving—story, and I had great fun writing it.

Meanwhile, my most recent novel, The Big Dark Sky, was published in July and is available in hardcover, eBook, and audio. If you go now and order it, no one will embarrass you by asking why you didn’t purchase it immediately on its release, as a lot of lovely and wise people did.

Next month, Decimus, will be exciting for me because our golden retriever, Elsa, will have her eighth birthday party on the 2nd.

All best wishes from everyone here in Koontzland,